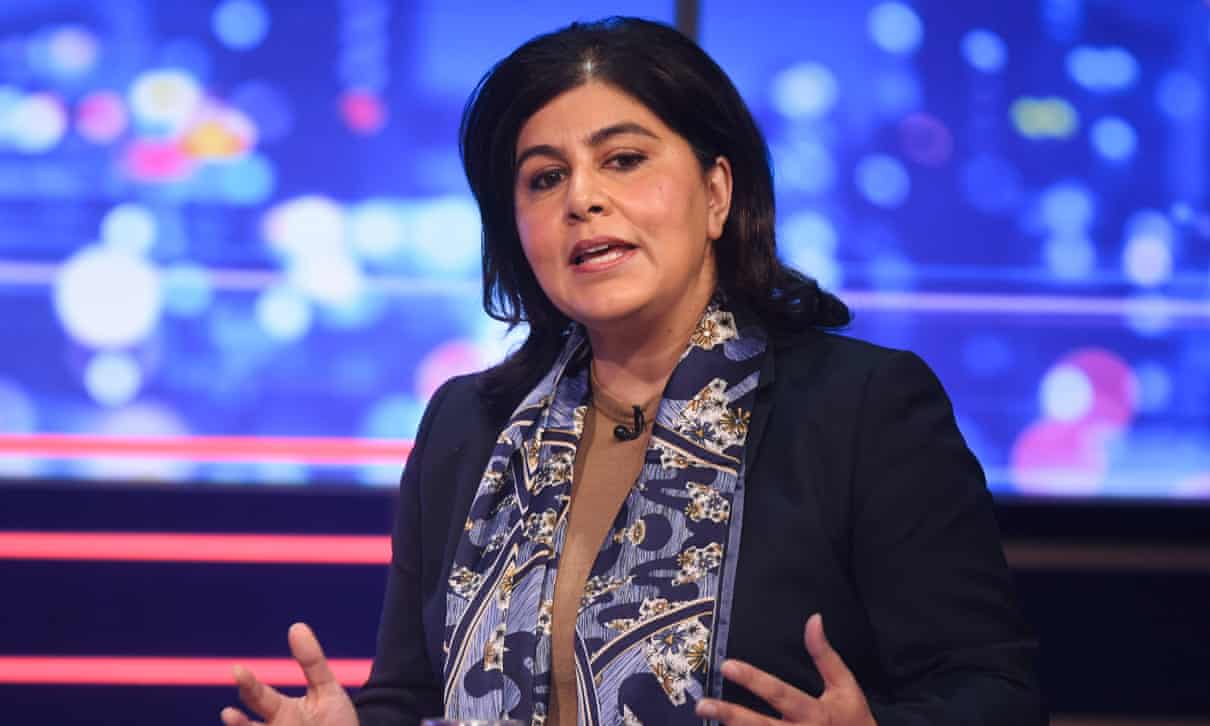 The former Tory party chair, Sayeeda Warsi, has hit out at the government’s new commission on racial inequalities, saying she fears it will result in a “whitewash”, and criticised controversial comments made by the No 10 adviser setting it up.

Lady Warsi, who was Britain’s first female Muslim cabinet minister and has been a leading campaigner against Islamophobia within the Conservative party, warned that the commission is likely to provide its instigators with “the answer that they want to hear: there’s no such thing as racism”.

The Tory peer also railed against comments made by Munira Mirza, the head of the No 10 policy unit, who is leading much of the work to form the commission.