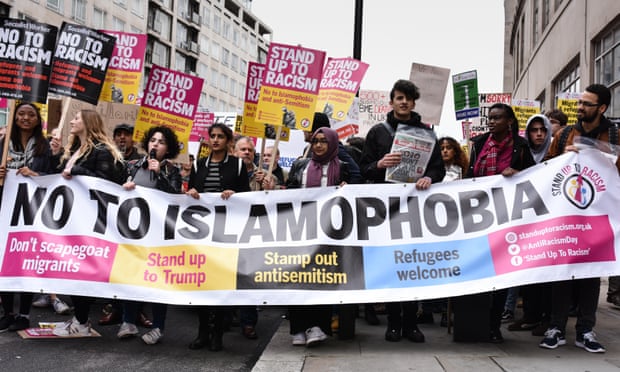 More than a third of people in the UK believe that Islam is a threat to the British way of life, according to a report by the anti-fascist group Hope not Hate.

The organisation’s annual “State of Hate” report, which will be launched on Monday, argues that anti-Muslim prejudice has replaced immigration as the key driver of the growth of the far right.

In polling conducted by the group in July last year, 35% of people thought Islam was generally a threat to the British way of life, compared with 30% who thought it was compatible. Forty-nine per cent of those who voted Conservative in the 2017 general election thought it was generally incompatible, and 22% of Labour voters agreed.