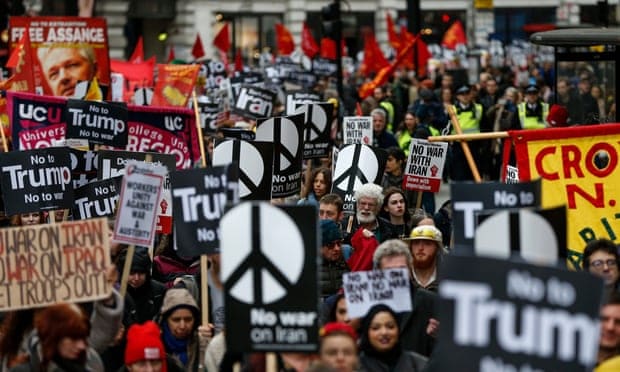 Peaceful protest groups listed in a counter-terrorism guide used as part of anti-extremism briefings are threatening legal action unless it is withdrawn.The Guardian revealed on Friday that Greenpeace, Peta and other non-violent groups were listed alongside neo-Nazis in the document used as part of training for Prevent, the anti-radicalisation scheme designed to catch those at risk of committing terrorist violence.The guide, from June 2019, bears the logo “Counter Terrorism Policing” on every page, and was presented in briefings to public sector workers such as medical staff and teachers. Police said the document was provided to Prevent partners as “a guide to help them identify and understand the range of organisations they might come across”.