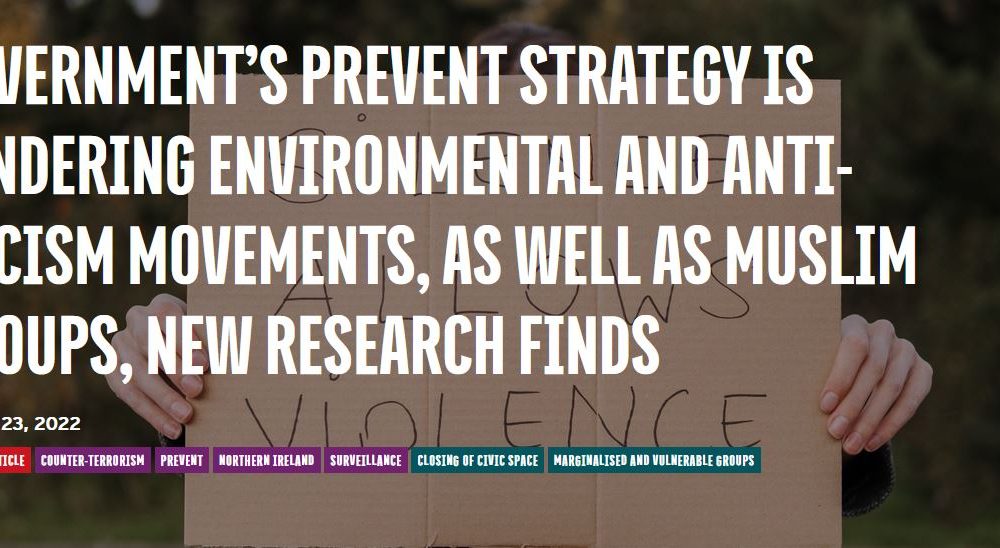 Rights and Security International (RSI) has published a new report that starkly reveals the ways in which the government’s Prevent strategy hinders free speech and discourages non-violent political activism across the United Kingdom.

New research shows that Prevent is creating a climate in which anti-racism, environmental justice and peace campaigners, among others, censor themselves.

Community activists and political campaigners interviewed for the research reported feeling unable to debate political issues freely without fear of being referred to Prevent. Interviewees who do engage in nonviolent action described examples of being censored by state authorities, including by being denied public platforms to speak, having venues closed and being refused opportunities for funding.

Such self-censorship and fears of outright government censorship were consistent across all participants, irrespective of whether they defined themselves as Muslim or non-Muslim.

For example, a former teacher cited in the report argued ‘The significant reason for me stopping teaching was that I felt my speaking out on Prevent was drawing undue attention on the school where I worked’.