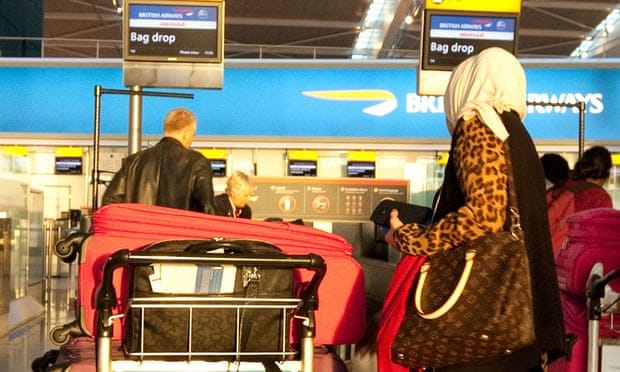 Critics say female Muslim travellers have been targeted. An out-of-court settlement suggests they are right

Police have admitted that forcing Muslim women to remove their headscarves at UK airports could be unlawful, a practice likened by one victim to being made “to remove her top”.

In an out-of-court settlement, the Metropolitan Police has conceded that when it coerced a woman to take off her hijab so officers could photograph her, it was a breach of her human rights and violated the woman’s right to religious observance.