Was the Jewish-Muslim ‘chicken soup challenge’ cooked up by UK’s Home Office? #Religion

Was the Jewish-Muslim ‘chicken soup challenge’ cooked up by UK’s Home Office? #Religion 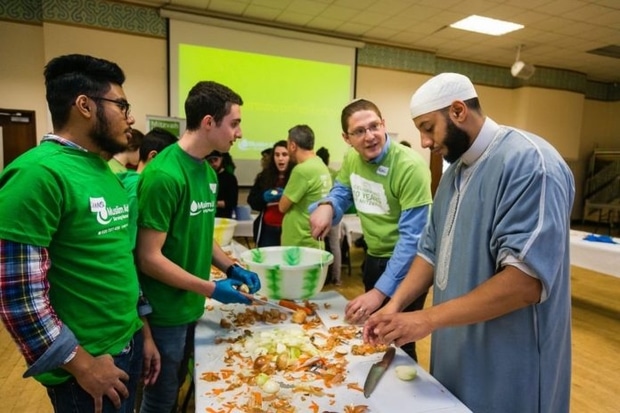 Last Sunday, the East London Mosque hosted an event called “Chicken Soup Challenge”, in which members of Jewish and Muslim community groups came together to cook chicken soup for the homeless.

Jews and Muslims from youth groups, mosques and synagogues attempted to cook a thousand portions of the traditional Jewish dish as part of a programme organised by Mitzvah Day, a charity that promotes a day of social action led by the Jewish community.

But the Chicken Soup Challenge was also backed by the UK Home Office, through a programme that provides funding and support for counter-extremism projects, a detail that went unmentioned in reports produced by BBC News and The Guardian.