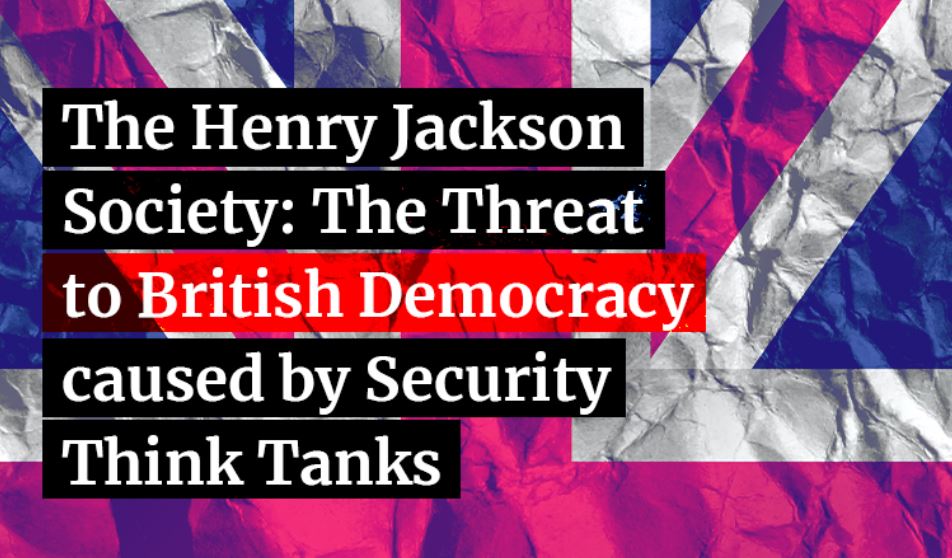 A new report entitled The Henry Jackson Society: The Threat to British Democracy Caused by Security Think Tanks explores the impact that security think tanks are having on societal cohesion in the UK.

In doing so, they combine with patterns of divisive and agenda-driven reports based in impoverished methodologies to shape UK policy and political discourse for the worse.

Such groups have caused concern amongst numerous equalities, community, and faith groups and are cited as enabling and encouraging Islamophobia and racism, facilitating far-Right mobilisation, and pushing successive UK governments towards policy positions that damage societal cohesion.