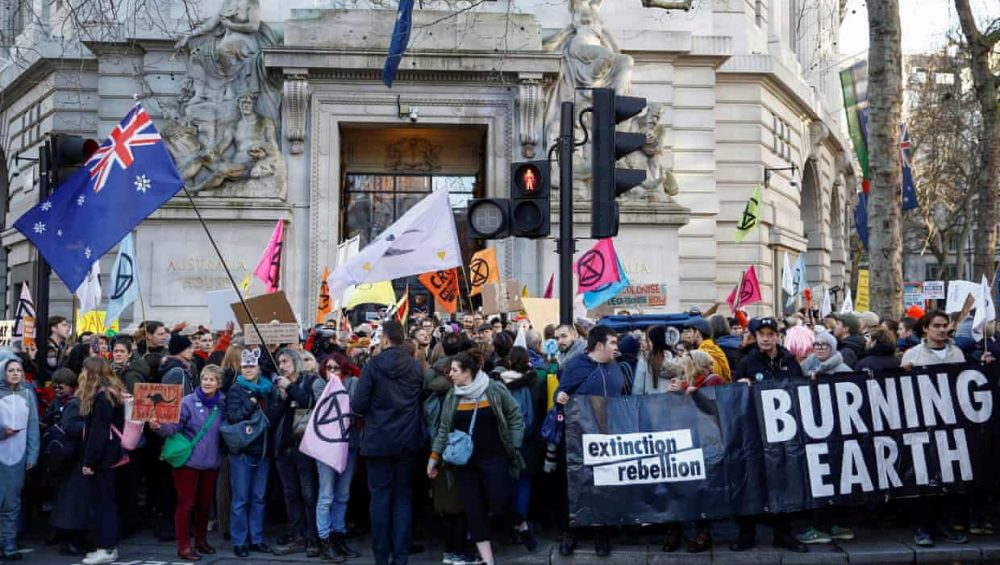 Counter-terrorism police placed the non-violent group Extinction Rebellion (XR) on a list of extremist ideologies that should be reported to the authorities running the Prevent programme, which aims to catch those at risk of committing atrocities, the Guardian has learned.

The climate emergency campaign group was included in a 12-page guide produced by counter-terrorism police in the south-east titled Safeguarding young people and adults from ideological extremism, which is marked as “official”.

XR featured alongside threats to national security such as neo-Nazi terrorism and a pro-terrorist Islamist group. The guide, aimed at police officers, government organisations and teachers who by law have to report concerns about radicalisation, was dated last November.