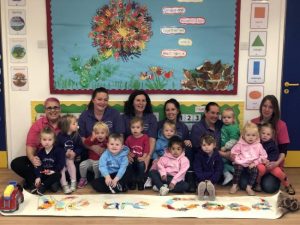 The Little Ducklings nursery in Harmsworth Crescent, Brighton, was told it “required improvement” last year. Ofsted inspectors reported staff did not know how to protect children from extremism. Workers were told they had to learn how to spot when youngsters may be at risk of being radicalised by family members or others. Government inspectors at the time felt staff needed to brush up on their “safeguarding” skills. But after a recent inspection, Ofsted has raised the nursery’s status to “good”. Read more 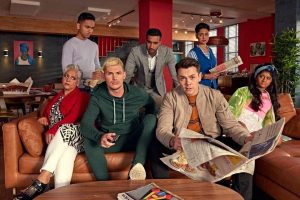 Hollyoaks And The Far Right: How A Volunteer Network And The Home Office Helped Channel 4 Depict Radicalisation

For just over a year, Nigel Bromage has been running Exit UK, a volunteer network that offers support and help for people trying to turn their back on the far right. But his steady stream of “a couple of enquiries a week” is turning into something bigger, since Hollyoaks made the bold decision of steering much-loved character Ste Hay towards radicalisation and racism. Read more

This article is a response to Muslim students reporting that they had been silenced by fear of the PREVENT Counter-Terrorism Strategy. By adopting a Critical Realist stance, real generative mechanisms of this actual phenomenon are investigated and theorised. Recognition of changing definitions of both ‘radicalisation’ and ‘extremism’ in different versions of PREVENT results in the discursive aspect of these real generative mechanisms being investigated using critical discourse analysis (CDA). This analysis identifies the emergence of a violent discourse of ‘radicalisation’ and ‘extremism’ (RadEx) that it is theorised has the capacity to promote rather than prevent violence. Finally, a process by which this production of violence in the classroom might have been avoided is explored and this indicates that critique of government efforts to counter ‘radicalisation’ and ‘extremism’ is a vital aspect of pedagogy in the context of PREVENT and the War on Terror. Read more

The Metropolitan Police and Redbridge Council have launched separate investigations into why a boy as young as 8-year-old was subjected to questioning by two counter-terrorism police officers and a social worker about alleged radicalism at his school in east London. The parents of the child, who wish to remain anonymous, said they had lodged official complaints about their son was left “frightened” and “traumatised” after he was separated from his classmates at an Ilford school to be interviewed. The father claims his son was asked about Islam, the mosque he attends, whether he prays, and his views on other religions. He was also asked to recite verses from the Qur’an, according to a report in the Independent newspaper. “We are absolutely shocked and appalled that our son was questioned alone and in this manner and without informing his parents,” he was quoted saying. “We as parents have never asked our 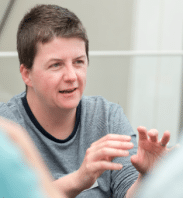 Rebels without a Cause? Safeguarding, Risk and Banality in the Prevent Strategy

Prevent is a significant part of the UK’s counterterrorism strategy. It focuses on the early detection of radicalisation. The Counterterrorism and Security Act 2015 placed a statutory duty on the public sector (schools, colleges, doctor’s surgeries, hospitals, social services, probation services, prisons) to train staff to notice signs of radicalisation, and make referrals to the authorities. On the 13th December 2018, the third annual instalment of Home Office statistics for Prevent referrals was made public. 7,318 people were referred to Local Authority Prevent boards in 2017/18.[1] Much in the bulletin replicated statistical reports for previous years. The education sector still refers most people to Prevent (2,426 referrals in 2017/18), and 95% of people referred do not receive deradicalisation mentoring known as Channel support. Yearly reports show us that the vast majority of people referred to Prevent are not judged to actually follow an extreme political or religious ideology, raising serious

Amal Muhammad introduces a new report by advocacy group CAGE which draws parallels between the US Family Separation Policy, PREVENT and the treatment of indigenous children and families. Read more 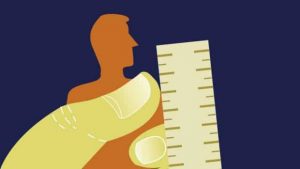 Measuring the risk of radicalisation – is it really possible?

Although assessment tools for measuring individual risks of radicalisation, extremism and terrorism have become increasingly central instruments in counter-terrorism work, academic study of such tools is still in its infancy. Senior Research Fellow Rita Augestad Knudsen (NUPI) has explored two such tools that are used in England and Wales: Extremism Risk Guidance (ERG22+) and the Vulnerability Assessment Framework (VAF). Read more 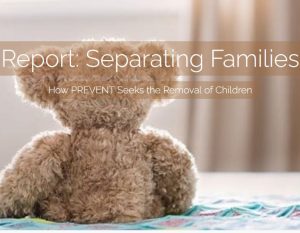 Separating Families: The use of Prevent in child removal cases in the UK

This report into child removal is essential reading for those concerned about the Prevent counter-extremism strategy in social care, as well as its impact in the courts and on families. 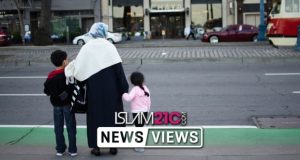 Muslim mothers successfully fight back against Prevent to keep their children

In 2015, advocacy group CAGE claimed that the CTS Bill would lead to children being removed from their families due to their beliefs and political views. As a result, the group was slammed, termed “Terrorism apologists” and accused of scaremongering.[1] CAGE has this week published a groundbreaking report in which it reveals chilling details of the reality of this occurrence. The report features several real stories titled “Human Voices” of parents who have faced such experiences. Read more 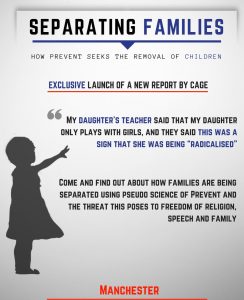 This is a report unlike any that CAGE has produced before, and it comes at a crucial time. In today’s global paradigm we have become acquainted with the images and stories of children being removed from their parents in countries that espouse “freedom and democracy”. This has happened under the guise of “immigration control and preventing terrorism”. We have seen this happening in the United States and, at a lower profile but no less significant extent, in Australia. Such policies have long roots in colonialism and empire, which we will not explore here but which deserve acknowledgement as a backdrop. Now, for the first time, CAGE is offering documentation that the removal of children, and the attempted removal of children, is taking place in the family courts of the United Kingdom. It is being done using an unreliable and highly subjective method of measuring “extremism” and “radicalisation”, themselves subjective terms