Prime Minister Liz Truss has pulled plans to enact a new bill of rights in one of her first acts as prime minister, telling the cabinet her government would reassess ways to deliver its agenda. One source described the bill as a ‘complete mess’. The legislation was introduced to parliament in June to replace the 1998 Human Rights Act, with a number of changes including an intent to entrench the primacy of British law over rulings from the ECHR. It would also place new restrictions on how human rights can be used in claims against the government. Source: Liz Truss halts Dominic Raab’s bill of rights plan | UK bill of rights | The Guardian 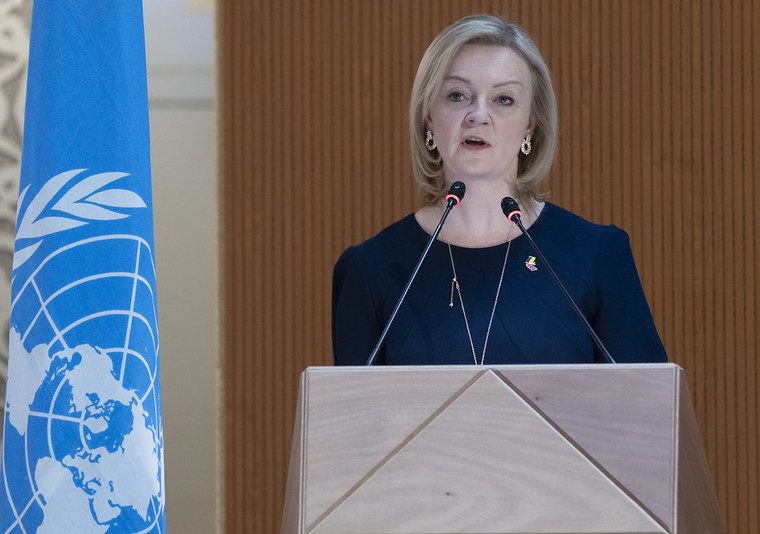 As well as expanding the UK’s involvement in ‘offshoring‘ refugees and asylum seekers, new PM Liz Truss has reportedly pledged to increase frontline border staff by 20%. She has also voted for restricting legal aid and voted in favour of allowing national-security-sensitive evidence to be put before courts in secret sessions and out of the eye of the media. On privacy rights, Truss voted in favour of the mass surveillance of people’s communications and activities. The right to privacy is currently enshrined in the HRA, but parliament will vote on plans to replace the act with the Bill of Rights on 12 September. Records show that under the current government the prime minister has never rebelled against the party majority in a vote. Source: Liz Truss: The new Prime Minister’s human rights record | EachOther 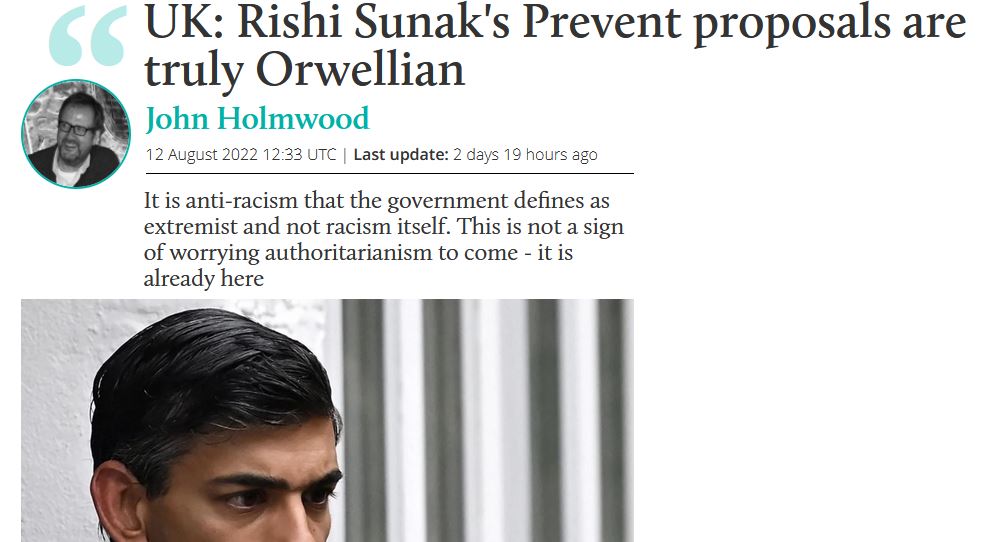 Rishi Sunak’s announcement that he would use Prevent – the government’s counter-extremism strategy – against those who “vilified” Britain has attracted much derision. But Liz Truss’ response was interesting. She thought it was all a bit “thin” and a restatement of what was already government policy. She is right. For those who think this is a sign of worrying authoritarianism to come, it is a wake-up call about what is already in place. The issue is not to seek an “equal opportunities” Prevent – one applied to the right-wing as well as to supposed “Islamists” – but to understand how Prevent undermines the rights of everyone. It is also important to understand how Prevent (and wider counter-terrorism legislation) generates a moral panic about children and young people. Source: UK: Rishi Sunak’s Prevent proposals are truly Orwellian | Middle East Eye