The Guardian: How many far-right terrorist attacks until the government admits a problem?

After counter-terrorism police finally concluded that a firebomb attack on a migrant centre in Dover last week was the latest in far-right terrorist attacks in the UK, crucial questions arise about the coverage of it and the reaction from government, says Miqdaad Varsi, director for media monitoring at the Muslim Council of Britain. The day after the bomb, the home secretary appeared to go out of her way to say that the attack was not being treated as terrorism. This is despite the fact that the perpetrator had tweeted that he planned to “obliterate Muslim children” an hour before his attack. The attacker referenced Tommy Robinson, repeatedly wrote about Muslim “grooming gangs” and shared content from far-right Islamophobic groups. Despite all this, there have been no column inches from counter-terrorism ideologues and most national newspapers didn’t give the attack front-page prominence the next day. Source: Britain had a far-right terrorist 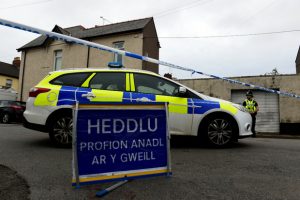 A Kurdish asylum seeker has told Middle East Eye that Prevent police officers in Wales asked him to work for them as an informant in local mosques in return for help with his immigration status. Read more