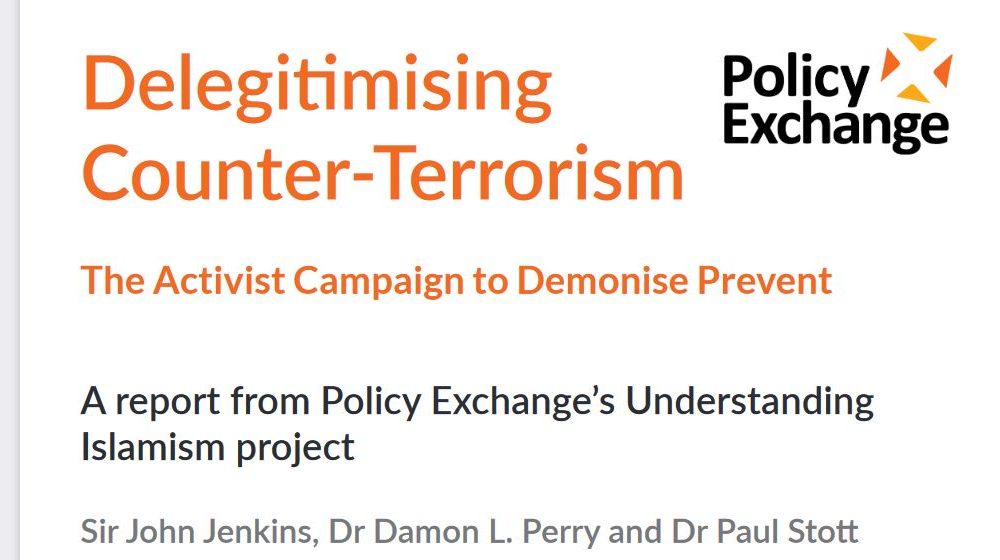 Nafeez Ahmed writes for Byline Times that the former Prime Minister has put his support behind a new Policy Exchange report targeting Muslim civil society groups as ringleaders in the ‘enabling’ of terrorism. A new report claiming that critics of counter-terrorism policy are “enabling terrorism” is closely connected to a ‘white genocide’ believer who worked for a far-right conspiracy theorist whom former Prime Minister David Cameron called an “idiot” for describing Birmingham as a ‘Muslim no go zone’. The report by the Policy Exchange think tank is also linked to a coalition of European far-right parties, including the Sweden Democrats – a party with “neo-Nazi tendencies”, according to the current Israeli Ambassador to the UK. Its publication reveals how far-right ideologues are successfully attempting to use influential centre-right think tanks to mainstream their worldviews through the language of national security and counter-extremism. Delegitimising Counter-Terrorism: The Activist Campaign to Demonise Prevent […]