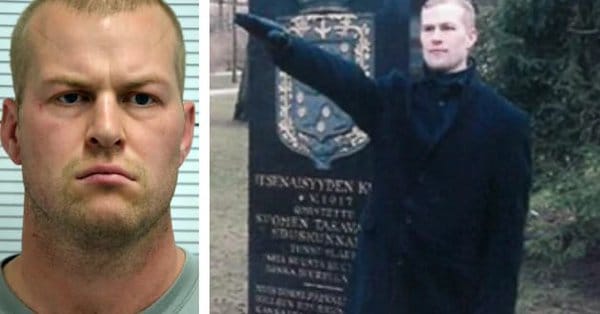 Patriotism is now regarded as a possible warning sign of right-wing extremism in the army, a leaked document has revealed. The leaflet, titled “Extreme Right Wing (XRW) Indicators & Warnings”, alerts senior defence staff to the signs of extremism and reminds them to watch out for individuals who idealise “white only communities”. Originally put together in 2017, the document advises officers to watch out for people who “use the term Islamofascism” and make “inaccurate generalisations about the Left”. Read more 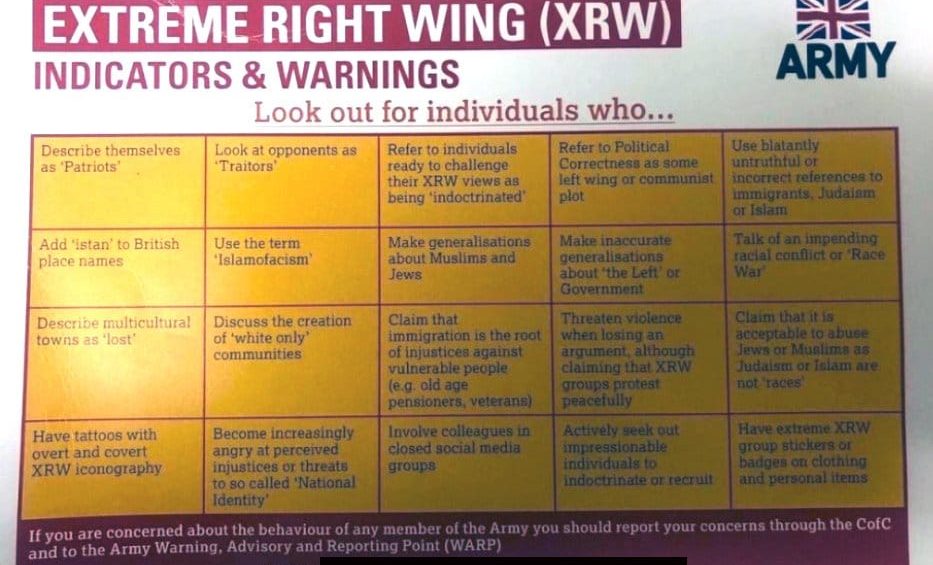