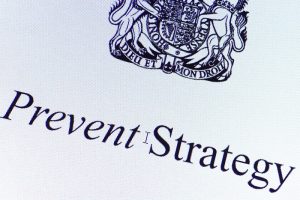 A report on tackling ‘hateful extremism’ commissioned in the aftermath of the Manchester Arena attack has been caught up in a barrage of criticism entirely of its authors’ own making, after smearing anti-fracking campaigners and then admitting it made a “dreadful error”. The report, A Shared Future [, 1.2Mb] by the Greater Manchester Preventing Hateful Extremism and Promoting Social Cohesion Commission, included a case study of a 14 year old boy, “Aaron”, who it alleged ‘groomed’ by anti-fracking campaigners and therefore referred by his school to the Prevent “deradicalisation” programme, Channel, due to “concerns about his extreme beliefs in relation to the environment, specifically issues around fracking”. Read more 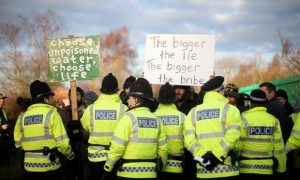 A 14-year-old A* student was referred to the UK government’s anti-extremism programme following concerns he was being “groomed” for environmental activism by anti-frackers. Campaigners said that the decision to refer him to the Prevent programme was “incredibly alarming” and “offensive”. Read more 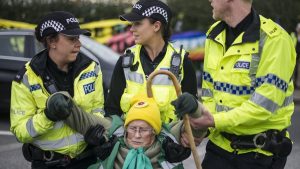 After a two-year legal battle, suspicions have been confirmed that sections of the British police are targeting anti-fracking campaigners under the counter-terrorism ‘Prevent’ program. The Network for Police Monitoring (NETPOL) announced Wednesday that after two years of a legal battle, the Home Office finally handed over the sought-after training materials used by counter-terrorism officers in its ‘Prevent’ strategy. Read more