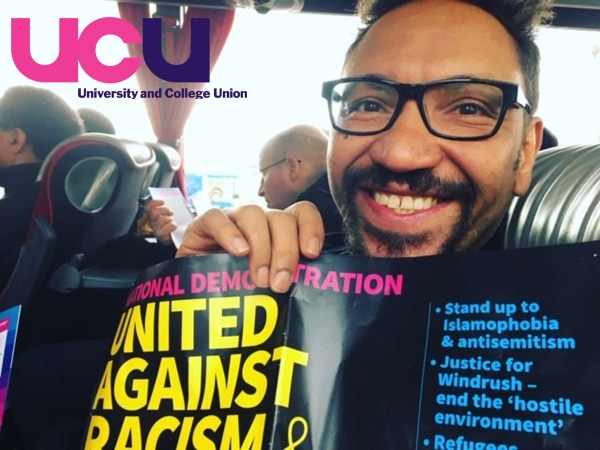 Sandwell College sacked UCU branch secretary Dave Muritu for gross misconduct after he wrote on a poster promoting the controversial Prevent programme. Muritu apologised for his actions but, although the college acknowledged that his actions didn’t bring the institution into disrepute, he was summarily dismissed. UCU believes such a heavy-handed and disproportionate response from the college had to be down to Muritu’s trade union activities.