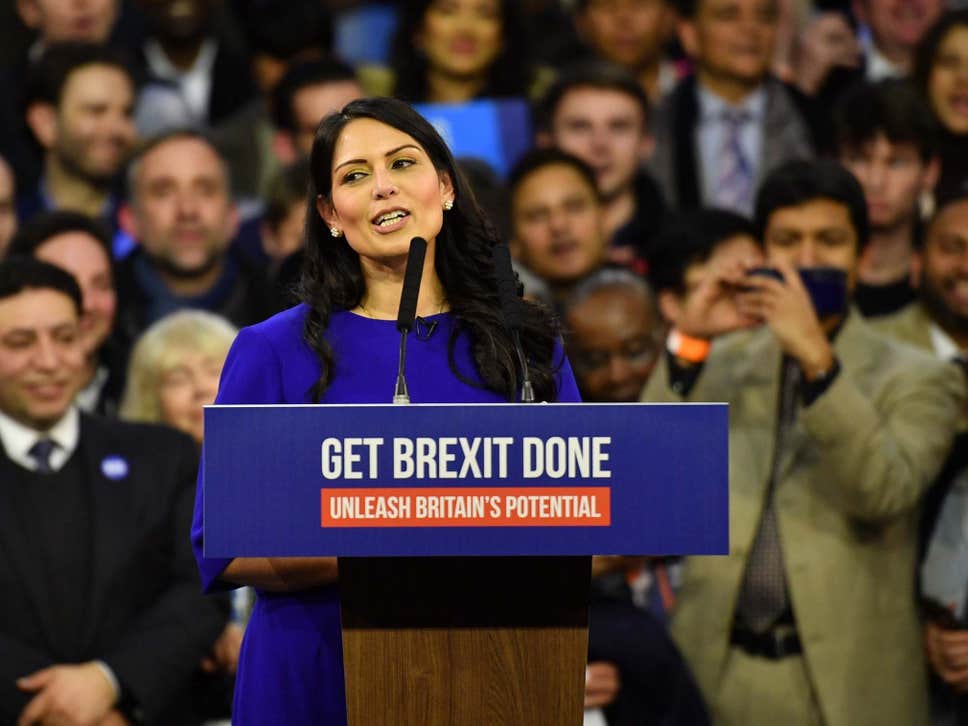 Priti Patel has been condemned for defending anti-terror police following a backlash against a decision to include the environmental group Extinction Rebellion (XR) on a list of extremist ideologies.

The home secretary accepted in an interview with LBC that XR was a protest group, not a terror threat, but stopped short of outright criticising the decision and said the government was “constantly looking at individuals and groups”.

“They [XR] are obviously a protest organisation. But everything has to be based in terms of risk to the public, security risks, security threats,” Ms Patel said.