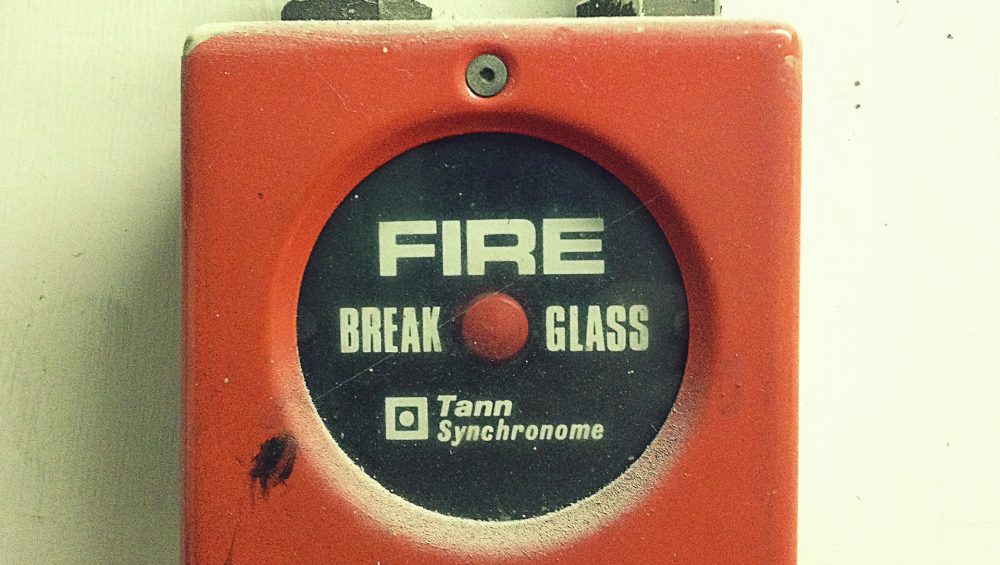 JT is 16 years old. He was at school on the playground with his friends when the fire alarm went off. One of JT’s friends sarcastically said to him ‘’why did you blow up the school again?’’ JT responded in a similar way that ‘’Shush don’t let them know’’. JT’s teacher then asked whether this was an appropriate thing to say but JT did not hear her properly as the other children were laughing and joking around him.

The next day, JT and his friend were called into the office. There were three teachers in the room, one of whom had a written a statement about what had happened during the fire alarm. The teacher stated that someone had said ‘’Insha’Allah, Allahuakbar Brother Omar’’ which was a quote from the film Four Lions.

JT’s friend was asked if he had said ‘’Shush, don’t let them know’’ and ‘’I blew up the school’’. The teacher stressed the importance of the matter. JT’s friend said he had said the former. The teacher then said that if they would report this to the police they would send a ‘’anti-terror squad’’ to his house. JT’s friend felt like he was being interrogated and was made to feel like a terrorist.

JT’s friend was asked about his views on terrorism during the meeting to which he responded that it is someone who commits an act of terror and that he does not like their actions.

JT’s father contacted Prevent Watch for assistance. The family was deeply distressed and sought an explanation from the school. The school was not forthcoming or transparent about the matter. Eventually, the school accepted their wrongdoing and formally apologised to JT and his family.

This case demonstrates the effects of a two-tier system applied to students of different races and religion. Similarly, the lack of transparency is largely a result of imposing national security policies on schools, which then implement such policies by viewing students through a securitised lens providing little accountability and causing distress to families in the process.