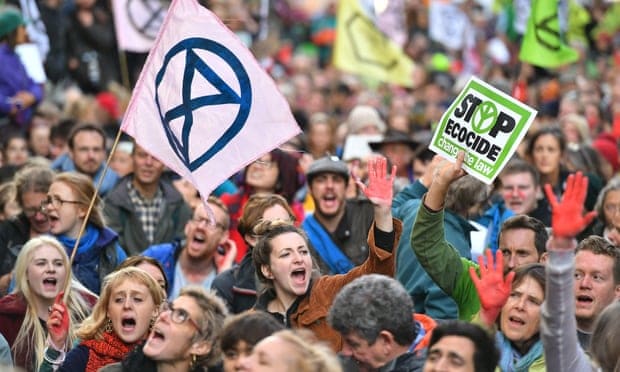 Extinction Rebellion is threatening legal action against counter-terrorism police for what it said was the illegal listing of the group as an extremist ideology in a guide designed to help stop terrorist violence.

The Guardian revealed on Friday that counter-terrorism police had placed the non-violent protest group on a list of extremist ideologies that should be reported to the authorities running the Prevent anti-radicalisation programme. Police now say that was an error.

Amnesty International condemned the decision on Saturday as criticism grew and questions remained about how Extinction Rebellion (XR) came to be included in the guide alongside neo-Nazi and terrorist groups.