Each year thousands of people are referred to Prevent. Prevent Watch provides a FREE help line and support services for people who have experienced such referrals or have been impacted by Prevent in some way.

To date we have supported nearly 600 individuals. Each individual case is unique and so the support provided is tailored depending on their individual needs. 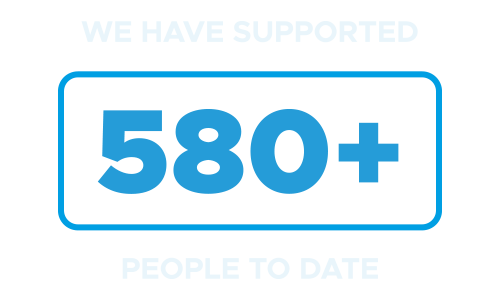 Date: November 2015 Gender: Female Location: Greater London SA was in her form class in which a discussion was initiated concerning the notion of “British Values”. Her form tutor posed a number of questions to the class on issues such as democracy, governance, the law in the United Kingdom and Parliament. He wanted the class to evaluate whether such political structures were positive or negative. He then asked SA and her fellow students to fill out the associated questionnaire. SA wanted to know why they were being asked such questions, as this was form time and not in the context of a politics class. Her form tutor replied that they are discussing a number of different types of laws such as Hindu and Christian law. He then refereed to Shariah law in a derogatory manner, calling it “brutal.” He referred to Islam’s penal code and marriage laws. PREVENT Watch has […]

Date: April 2015 Gender: Female Location: Greater London HH was a social sciences student based in London. HH was studying in the library, writing an essay on radicalisation. A lecturer at the university saw HH with two books on the topic of Islamic State in Iraq and Syria (ISIS), which HH had been reading in the course of writing her essay. The two books in question are two of the foremost pieces of work in the area of study and it would be necessary for any student to use the book when writing an essay on radicalisation in which ISIS was discussed. The lecturer’s reaction at HH carrying the books was to remark “Oh! Don’t go joining ISIS will you?” HH’s reaction was one of shock, and this was abundantly evident to the lecturer. The lecturer said that she was “joking”. Later on in the day, a friend of HH’s […]

Date: May 2015 Gender: Male Location: Greater London Case Study: X In this case, a  mother was approached by a Prevent officer over the course of six-months, visiting the family home 3-4 times a month regarding her eldest son ‘x’, who was studying for his A-levels. Prevent was successful in attaining the mothers cooperation. When questioned why she cooperated with Prevent officers, she replied “I have nothing to hide of my sons, and if I don’t answer their questions, they’ll think I’m hiding something, and things will get worse.” Prevent officers have systematically harassed ‘X’ to the extent that X would anticipate contact via text or phone call at 07:00am to see if X was awake, and offer him breakfast! On one occasion, the Prevent officers took him to the local ice-cream parlour, and spoke about Islam, ideology and political issues related to the Islamic state. Again, due to the climate of fear that already […]

Date: July 2015 Gender: Female Location: South East Case Study – AA AA is a secondary school student who was questioned by social services in the presence of police based on allegations made by a family member. These allegations concerned the literature and news she was reading. She had read articles and watched documentaries created by a news agency from the Middle East. An example of such a documentary is the rescue of concentration camp detainees during the Second World War. AA had started watching these documentaries because her father, of Middle Eastern descent, wanted her to learn about different lifestyles and cultures and to have a better understanding of the world. When AA was questioned by social services, she did her best to answer them. Social services wanted to know why AA was using these particular news agencies as a source of news. Social services suggested alternative news outlets. […]

Date: January 2015 Gender: Male Location: South East England Case Study NT NT helped to run a “dawah stall” in which he distributed educational material on Islam. He was requested to attend a meeting at the police station as the police said that his car had potentially been the “victim of cloning” and that he had to come to the police station to give a statement. However, when NT arrived at the police station he described the encounter as a “long discussion” in which they “wanted to get me to sell out”. He was requested to spy on “Muslims, mosques and Islamic institutes” which he refused. A similar meeting took place at a garden centre in his local area. A few days later, he received the visit from the local PREVENT officer and an officer from South East Counter-Terrorism Unit. They alleged that he had visited websites with terrorist material. […]

Date: May 2015 Gender: Male Location: Greater London Case Study: SS SS was in his French lesson. The class were shown pictures of deforestation and were asked by their teacher to provide comment. The class made comments on how the trees were being destroyed by machinery and the Greenhouse effect. SS also took part in the debate. He started to talk about eco-warriors and their tactics. The tactics he talked about included the use of spikes implanted in trees to prevent chainsaws chopping them down. He explained that metal nails blunted the chainsaw. He continued that some people even consider eco-warriors as eco-terrorists based on the tactics they use. The teacher looked concerned. SS cohorts also joined the discussion on eco-terrorism. The reason why SS and his classmates knew about eco-warriors and eco-terrorists was because they had researched the topic for the purposes of the debating society at school. SS […]

Date: April 2015 Gender: Male Location: Staffordshire Case Study – MF On 23 March 2015, a postgraduate student in Terrorism, Crime and Global Security at Staffordshire University was approached by two female staff while in the library – the three had a brief discussion on Shari’a, British values and democracy – this conversation was initiated by the female staff and is questionable whether it was a test for extremism. The tense conversation ended, and after a short while a security guard approached the student, confirming that he had received a complaint from staff members. The staff told the security guard that “there is a man, who is Asian and with a beard, who is not a student and is reading book on terrorism”. The staff went further to say, “check him out”, as she suspected he is a “radical terrorist”. The security guard approached and recognised the student, and did […]

Date: May 2015 Gender: Male Location: London Case study: XX XX, a young teenager in secondary school, delivered a short presentation on the concept of the Islamic State, as he wanted to dispel the media narratives of ISIS equating to the concept historically. The presentation was held during form time, and the class, including the tutor enjoyed the presentation – the presentation included topics such as architecture, civilisation, and public administration in society. The teacher went further and sent a letter home, congratulating the parents on their son’s fantastic presentation on the concept of the historical Islamic State. However, a few days later, the head of year heard about the presentation from another source and took issue with it, calling the student into her office, and asking, ‘do you know what extremism means’? Moreover, the head of year, made a telephone call to XX’s family to say they had concerns […]

Date: February 2015 Gender: Male Location: Portsmouth Cast study: ZM ZM is 16 years old, and currently in year 11 in a school located in Portsmouth. PREVENT officers have heavily engaged with this school on “extremism” and “radicalisation” issues. There is a strong climate of PREVENT officers visiting the school regularly, questioning students within and outside of school. ZM’s mother described her son as disinterested in Islam, and she was surprised that PREVENT officers would approach him. On 23 February 2015, ZM intended to take out a library book on the topic of terrorism, among three other books. However, the librarian observed ZM’s book selection from afar, and took the books away from ZM’s possession without his knowledge. The librarian then informed the principle of the school, which led to a referral to the local PREVENT officer. It is important to note that the terrorism book in question was a […]

Date: March 2015 Gender: Male Location: Birmingham Case study – AA In a case based in Birmingham, a Muslim primary school referred a child of 8 years old to PREVENT’s Channel programme  – which systematically attempts to de-radicalise individuals at risk of being extremists – due to a concerning reflective homework piece, which referenced violence and guns. When the parents of the child were approached, the offer of assistance was declined as the parents did not believe that the child displayed a marker of extremism. The father said AA was interested in guns and fighting due to the Marvel cartoons he watches on television and this may have transcended to his reflective homework piece. Channel is voluntary, and hence the parents decided to not consent to sending their son on the programme. AA’s father mentioned that the social services and a member of the local council visited the family home, […]

Date: May 2015 Gender: Male Location: London Case Study – XX A Buxton Primary School in East London has given its school children what is best described as a ‘counter-extremism survey’. The survey included questions focusing on religious, ethical and views of children taking part. This is specifically as a result of “preventing individuals from drawing into terrorism” by virtue of the Counter-Terrorism Act 2015, and the new PREVENT duty introduced on 1 July 2015. There is no denying that the survey is highly Islamophobic. It is discriminatory and concerning that schools are questioning children in primary years on their beliefs – the survey is overtly targeted at Muslims. Posing questions to children concerning whether they trust the police or people from another religion is unreasonable. Moreover, the survey asked, “how do you feel about the following statements”: “It’s never okay to use physical force to solve a problem”, “People from a […]

DF, a 22 year old law student, was found guilty of possessing a copy of Inspire magazine on her USB flash drive. PREVENT officers approached DF’s family home and sought to speak with her mother, and explained that they were concerned about her views based on four YouTube clips uploaded under the account ‘east*****slima’, which she controlled. The PREVENT officers attempted to recruit her as an advocate against extremism in the context of community led projects. DF’s lawyers liaised with PREVENT officers and soon realised that authorities did not wish to prosecute her for possessing the videos. DF’s solicitor advised her that PREVENT was voluntary, and the PREVENT officer in question would not be making contact anymore. However, the same PREVENT officer returned with a police officer and interpreter with a view to speak with the mother of DF. This is a common trend that CAGE has detected in a number of different PREVENT cases. On arrival, the PREVENT officer stated that because DF was perceived to be an “extremist”, they were worried about her influence on her younger brother, who is eleven years old. Soon after this visit, however, DF was arrested under the Terrorism Act 2000, her home was raided and several items were seized, including a USB flash drive containing a copy of Al-Qaeda’s Inspire magazine and several YouTube clips. On 17 March 2015, it was held that DF had contravened section 58 of the Terrorism Act 2000 and was sentenced to 18 months in prison.